Minimum Bottom Line Profit Should Average 9.4%!
For Trades & Subcontractors, at Least 11%
After Income Taxes Are Paid!

A tool used by a developer, contractor or homeowner to keep the primary party committed to getting the project completed is called ‘retainage’. In effect, retainage means to withhold a small percentage of all payments until all the work is done. The idea is prevent the contractor, subcontractor or vendor from earning their respective profit until they have completed their agreed upon service. Historically, profits for contractors were universally accepted as 10% of the contract price. Thus, the norm is to withhold 10% of all payments as retainage. Once work is done, the contractor, sub or vendor would receive all amounts retained with their final installment. Think of it as an insurance policy to ensure everyone keeps working. If the contractor, subcontractor or vendor fails to get everything done, then the retainage is lost, forsaken or used as a penalty for failure to complete the work.

Retainage is still used today to entice the party performing services to stay on schedule and get the work done. This article, first explains retainage and provides guidance to both parties as to the accounting involved. There are some management processes to follow for both parties as there are some legal and fiduciary responsibilities involved. Finally, alternatives are provided for the party rendering services to eliminate or reduce the impact of retainage in your contracts. For very long-term contracts, retainage is a burden as it can prevent bottom line profits for the respective job; worse, it can play havoc with alternative financing. 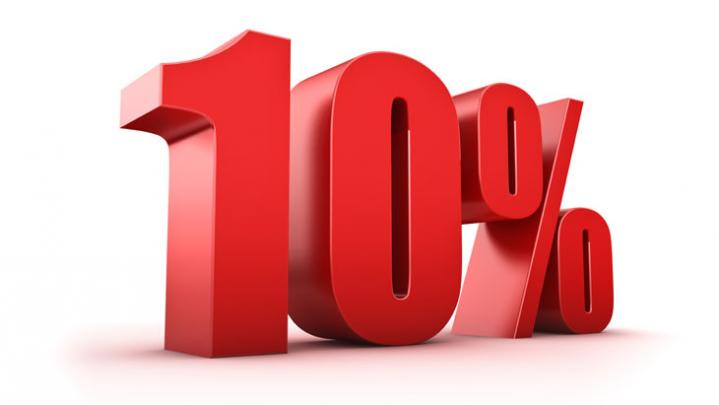 When you think of a construction project, start out by thinking about the money involved. Very large or extensive projects use bonds to finance the project. Many of these projects are government based and the authority issues a bond to receive cash necessary to fund the capital outlays to build the respective public infrastructure. For smaller scale projects, mostly private, the developer utilizes a construction loan and upon completion, a mortgage note is customarily issued. The final documents typically become legal once the project is completed; in effect, they have deadlines to get the work done or the financing has to be completely redone. Thus, there is a push to get the work done in a timely manner.

Retainage, the holding back of some money to force completion, is used to entice the actual contractors to move along with getting the project completed. There is nothing worse than having a project held up because a particular subcontractor or vendor fails to get their part done. It just simply screws up the entire schedule. Ironically, the most common reason a sub or vendor fails to get the work done is because of cash flow issues. Retainage simply adds to this cash flow problem because the developer is holding back cash as security; cash that is needed to help the sub or supplier get the job done.

Given the above, it is rare or uncommon for very small projects such as home construction or small commercial projects to utilize retainage. The documentation requirements (time and additional costs) exceed the benefits retainage provides. It just isn’t reasonable. Once the projects start hitting the $5 Million range, retainage customarily comes into the overall scheme of contractual relationships among the parties.

If retainage is used in the agreements among the parties, there is a separate accounting system to manage the process.

There are two different accounting processes used to account for retainage. The first is simpler and straight forward to use. The second is more complex, but is often a required process by the developer or prime contractor to its subs.  The next two sections go into the methodology of the two respective processes.

In this process, each invoice sent to the developer or contractor has two basic sets of information. The first set covers the progress milestone met and thus compares to the contractual draw or amount authorized for services. The second set or line of information is the retainage value which is generally a credit on the invoice. Thus, the net amount on the invoice reflects the actual dollar amount owed to the contractor/subcontractor from the payer. Once the project is completed, a final invoice is released to the developer for the entire retainage value. The ledger for this project keeps track of the various values involved. Here is an example:

Are you generating on average 9.4% net profits (trades >11%) after income taxes? I have several clients achieving this threshold of profits in the construction industry.

If you are not making at least 9.4%, then contact me; I can make it happen. Utilize my 27 years of experience to implement the systems, processes and tools that assure high profits.

The initial consultation and proposal are free.

Each invoice has two lines of data, the first indicates the full value of the services or product provided and the second line is a subtraction reflecting retainage. Thus, this nets out to reflect actual amounts to be paid to the contractor/subcontractor. Whether the values are posted to sales (income statement) or to billings (balance sheet) is irrelevant. The key is that the ledger tracks the current status of the project’s financial performance.

For the developer/contractor that is the payer of the respective bills, you simply record the net amount from the contractor/sub. All six bills received total the entire contractual amount agreed to, therefore; it isn’t necessary to record any additional entries.

With larger construction companies, they want to have a Generally Accepted Accounting Principles based reporting format. This involves a more complex accounting process for both the payer and payee.

With larger more complex construction projects, especially government issued work, retainage accounting is much more complex. Because these projects are generally long-term, i.e. greater than one year, the balance sheet is the emphasis for recording status. For the contractor/subcontractor that is getting paid they are interested in recording as an asset any retainage value owed to them. Think of it as another form of a receivable. This is a summary example of the balance sheet for a contractor. Those accounts in BOLD are directly related to construction.

With this accounting process, when the invoice is created there is no deduction for retainage as a second line on the invoice (see above with simple accounting). Once the invoice is generated, the accountant creates an auxiliary internal entry whereby a credit is issued against this invoice for the retainage requirement, thus decreasing accounts receivable and a debit is assigned to retainage receivable for the same project (utilize a subsidiary ledger with retainage receivables). This process records the initial credit value for the invoice to Project Draws/Billings in Excess which tracks the total amounts invoiced to date for the respective project. I encourage the use of a separate spreadsheet for each ongoing project to track the status of total amounts invoiced, receipts and of course the open retainage balance.

This format allows a third party to grasp an understanding of how much is owed to the contractor/sub related to open projects. The most common user is the bank to address collateral issues for the line of credit. Once the final invoice is sent to the developer/contractor (think of Invoice #5 in the example in the Simple Accounting process above), the payer will issue payment for the entire balance due. Some payers utilize the final inspection as the trigger to release the retainage amount accrued to date.

Recall from the introductory paragraph, the primary reason for using retainage is to entice the working vendor to get the job done and done in a timely fashion. Unlike mass produced products, construction projects require a lot of coordination over an extended period of time. There are many variables that impede progress. The variables that cause delays include weather, management of multiple trades in successive steps, finance funding and of course the local government inspections. Timing is the number one factor in getting the job done as swiftly as possible. Many trades must make multiple appearances over the course of the project at the right time in order to minimize downtime. Retainage is used to entice the trade to do their part in a timely fashion.

For the developer or primary contractor the key is to communicate with all parties. It is very easy for one of your trades to point the finger at another trade and state that their respective profit earned (often the retainage amount) is being held up or delayed by the other trade. This is the primary fiduciary duty of the developer/contractor. Coordinate and communicate so as not to provide any basis or legitimacy to a claim on the retainage.

Furthermore, a well drafted vendor agreement shields the developer or primary contractor from any misunderstandings related to the purpose of retainage. Be sure to include the following in the retainage section/article/clause in the agreement:

Make no mistake, the onus is on the developer or primary contractor to communicate changes in scope, weather delays, material issues and/or timing issues.

On the flip side, it is the duty of the payee to communicate, confirm and timely address requests from the developer/contractor with respect to getting the work done. Failure may cause forfeiture of retainage.

Include a tool to appeal any disagreements between the parties and a time frame to file the appeal and how the appeal is processed.

Retainage is a tool used by developers/contractors to ensure work is done is a timely fashion. However, some developers/contractors are a little more devious and use retainage as a cash flow tool. By holding back 10 or more percent, the cash outflow is slowed until the very end when the job is finally completed. Those contractors/subcontractors providing services to developers should be wary that retainage is being used to help finance the project until it is completed. There is a tool in place for both parties to alleviate concern related to financial failure – assurance bonds. Assurance bonds are posted by both parties that provide confidence that the developer will pay and the contractor will perform. Other names for assurance bonds include surety bond, payment bond or contract bond. Both parties should provide this to the other party when the agreement is signed.

For a payee, you absolutely do not want retainage as a function of payment. Avoid this antiquated system. Providing a performance bond should be adequate to meet the purpose as set forth by the developer/contractor.

For the payer, retainage is useful, but only for large-scale long-term projects such as government and institutional contracts. For smaller contracts, it really shifts some financial burden onto your contractor/subcontractor. Consider alternatives to ensure completion. ACT ON KNOWLEDGE.

Value investing is a systematic process of buying stock at low prices and selling once the stock price recovers. Its foundation is tied to four principles:
1) Risk Reduction
2) Intrinsic Value
3) Financial Analysis
4) Patience
Learn about value investing and gain access to lucrative information that will improve your wealth. Expect annual returns in excess of 20%. The investment club’s results during 2020 were 35.4% and year-to-date for the second year it is tracking well over 56%. Lifetime to date, the Fund is 2.6X the return for the DOW and 2.8X the S&P 500.