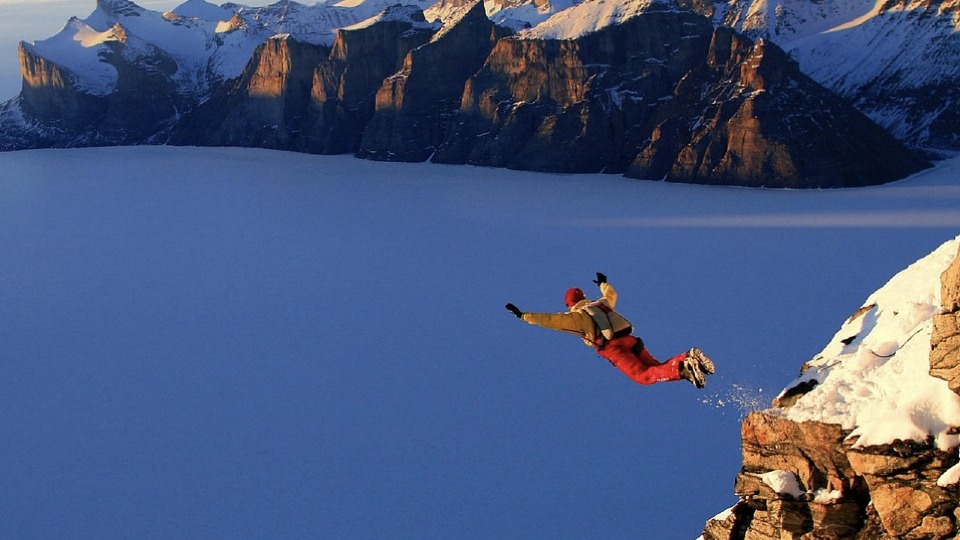 Take calculated risks. That is quite different from being rash.

Investing in any financial instrument comes with risk. The absolute worse case is full economic chaos created by a meltdown of governmental authority. If this were to happen, it would not matter what kind of financial instrument an investor holds, all of them are worthless as you can’t eat paper. Some would say physical possession of gold is the only pure investment because it would be tradable in case of world disaster. This would be true if there exists a government to enforce some resemblance of order allowing trade between producers and consumers.

Range of Financial Instruments and Their Corresponding Risk

A financial instrument is merely a piece of paper, a promise made to the owner/bearer. Basically, the promise is to either pay the owner or grant certain rights (stock), customarily voting and ownership rights. There is a wide array of financial instruments anyone can buy. The key question here is: What are their respective risks, specifically the risk of default, i.e. total inability to comply with the promise made on the piece of paper?

For some of you, you may consider this as pure in its truth. The author cautions all, some states do have financial woes they must address. Back during the recession of 2008 – 2011, California had extreme difficulty meeting its financial obligations. Thus, state issued bonds are not purely safe, there is some risk depending on that state’s ability to generate revenue.

Other relatively low risk financial instruments include municipal bonds and large corporation bonds. Think of it this way, Walmart has revenues of nearly half a billion dollars per year; financially they are sound. Walmart issues around $5 Billion worth of bonds annually. Thus, a Walmart issued bond is more sound than a bond issued by a small city, even though the city has the ability to tax its citizens. The shear size of Wal-Mart makes their financial promise more sound than that of a small city. It is here that financial instruments begin to transition into greater risks.

In bankruptcy law, if a corporation becomes insolvent, bond holders are paid before stock holders. Thus, when companies become insolvent, the first area of depletion to cover insolvency are equity holders, i.e. common stockholders, then preferred stockholders and then the last are bondholders. Thus, there is a hierarchy of value related to financial instruments issued by corporations. Bondholders are in a superior position over equity issued instruments.

The key to risk understanding for financial instruments is tied to the ability of the issuer to fulfill their promise made on that piece of paper. Larger corporations have far superior ability to comply than smaller companies. Although bankruptcy does occur with large corporations, there is always a long lead time to actual default. The last DOW company to go bankrupt was AIG back in 2008. The federal government had to step in to lend it money to keep it afloat due to the risk associated with the underlying assets. In modern times, the only DOW company in trouble right now is Boeing as it has been hit with a double whammy with the software glitch in its 737-Max plane and the current COVID crisis reducing air travel.

The reader needs to recognize that even though the financial instrument is issued by a large corporation, it doesn’t guarantee financial security. There is some risk involved.

However, the risk with a large corporation is minimal in comparison to the other end of the stock based financial instruments issued by so-called penny stock companies. Here, default is very common and thus, risk is high for any investor of penny stocks.

The following table illustrates financial risk assessment related to the entity’s ability to fulfill their promise.

When defining risk, no risk means there is no chance of default; if default did occur, then total chaos will exist in society. Some risk means that the chance of default is less than 1% and it will take time in terms of years to actually materialize. Reasonable risk refers to less than 3% chance of default, and it will be very rare that default can occur within less than one year. Risk means that the chance of default increases to almost double that of reasonable risk. Although unlikely, it does happen and it commonly comes to fruition quickly, i.e. in less than three months. When talking about risky investments, they are unacceptable forms of financial investment for value investors. The chance of default tends toward more than 3% and could hit 5%; small cap survival is strongly tied to the ability to weather economic disasters, proper internal controls and of course having a product desired by consumers and delivered via the venue consumers utilize. As for penny stocks, don’t even consider them.

Notice how risk is categorized based on the ability to keep the financial instrument’s promise to the owner. Another interesting aspect of this table is the fact that the larger the entity, the less risk involved.

Market capitalization refers to the value holders of common stock place on a company. Right now, Apple, Inc. is worth $116 per share. There are currently 17 Billion shares in the market. This means, the market values Apple Inc. at $1.97 Trillion (Share Price times # of Shares). This makes Apple, Inc. the most valuable company in the world. To give you an idea of its immense size, Apple’s market value is greater than half of the world’s nation state economies. To amplify this point, there were several time periods over the last 10 years, whereby the cash in Apple’s bank account exceeded the cash in the US Treasury.

Every publicly traded company has a market value. Some are negligible such as penny stock companies, some are very valuable. The 30 companies making up the DOW Jones Industrial Average have a market capitalization range of $2 Trillion with Apple at the top and $33 Billion with Traveler’s Insurance at number 30. Altogether, these 30 companies are worth $8.3 Trillion; the combined total of all publicly traded entities are worth approximately $110 Trillion. Thus, the DOW represents 7% of the entire world’s publicly traded corporate value.

The next top 500 companies comprise another $23 Trillion. Thus, the DOW and the S&P 500 make up a little more than 25% of the entire publicly traded market. Large capitalization companies are next. These are the next 1,500 companies and they add another 15 to $20 Trillion.

Ranking as a large cap company means the market capitalization is no less than $10 Billion. Think about this for a moment, the company is perceived to be worth $10 Billion in the eyes of stock owners. This means, the company’s risk factor is minimal related to its share price suddenly dropping due to traditional economic forces. There may be an internal issue arise to force a sudden drop in value; but outside forces can only put so much pressure on the stock price.

Now it is just a matter of finding good opportunities. Those companies with good market capitalization and well managed operation are more desired by investors. Thus, the more dynamic the company, the less riskier the ownership of stock.

Every company experiences a life cycle. There is birth, growth, maturity and then ultimately many years of decline. A perfect recent example is Sears. Back in the 60’s it reach its epitome of value in the eyes of the public. Since then, it has steadily declined to the point it has filed for bankruptcy twice in the last 20 years. It is now down to a few hundred stores and it no longer can keep pace with the changing consumer market. It is just a matter of time now before it disappears.

Sears failed to change with the times. Initially, Sears failed to comprehend the depot concept of consumer purchasing; worse, they failed to see the pattern shifting to online buying, Sears again failed to adapt. Now Sears is pretty much gone. Value investors look for companies that are not only low risk and have high market capitalization, they look for dynamic adapting companies. Adapting to the consumer’s wants is what is required to survive. Investing in new systems, delivery processes and products maintains consumer’s loyalty.

This ability to adapt reduces risk for value investors. Although not as critical as the position in the spectrum of financial instruments or market capitalization, having an up and coming company reduces risk in comparison to stagnant operations. Growth is how dynamic operations are measured. Look for growth in the company. This is covered in more detail in Lesson 12 when business ratios are explained and illustrated. It is also one of the measurement criteria covered in Phase Two of this program.

Value investors combine all three risk factors when buying stock. The best opportunities exist with DOW and the top 2,000 publicly traded companies. Ensure market capitalization exceeds $10 Billion and that the company is either a forward looking growth based operation or a company with a large market share assigned to the product or services they sell.

Reducing risk with stock purchases prevents even deeper discounts from the projected buy point and accelerates recovery thus increasing the frequency of buy/sell transactions. This higher frequency accumulates wealth for value investors at a faster pace than any other market investing method. Act on Knowledge.