“We are on an endless pursuit to create uplifting experiences.” – Shake Shack’s Mission Statement

One of the members of the informal eating out industry, a.k.a. fast-food restaurants, is Shake Shack. Shake Shack is one of the few fast-food restaurants that sells beer and wine at a limited number of its locations. The company is relatively young by any business standard opening its first restaurant back in 2001 and going public in 2014. Thus, the company does not qualify as a value investment opportunity but is used as a comparative tool with this site’s Value Investment Fund’s Fast-Food Restaurants’ Pool.

In general, Shake Shack’s market price is several times greater than the company’s intrinsic value. It is trading at this high price purely on conjecture that it will morph into the next McDonald’s. Based on its business plan, historical earnings, and capital raising capacity; it will take every bit of twenty (20) years to justify the current market price – trading at more than $70 per share (November 2021). No value investor in their right mind would spend $70 plus on hope. It is simply irresponsible.

To make matters worse, Shake Shack is not following the industry financial model. The current informal eating out financial model includes traditional corporate owned locations augmented with franchising. For example, McDonalds has a 13:1 ratio of franchisees to corporate owned locations. In addition, the more successful fast-food operations utilize a real estate leasing program that significantly improves the bottom line and the respective intrinsic value of the company. Shake Shack currently has around 350 locations of which only two dozen are franchisee operations. On page 10 of the 2020 Annual Report, under Growth Strategies, management clearly states that they believe that the greatest opportunity for growth ‘… lies in opening new, Company-operated Shacks’. This mindset limits the ability of the company to grow quick enough to justify the current market value. Even under optimum conditions, it will take at least 15 years to fulfill the current market valuation. The following illustrates the dichotomy of two different worlds, the current market valuation and intrinsic value of Shake Shack. 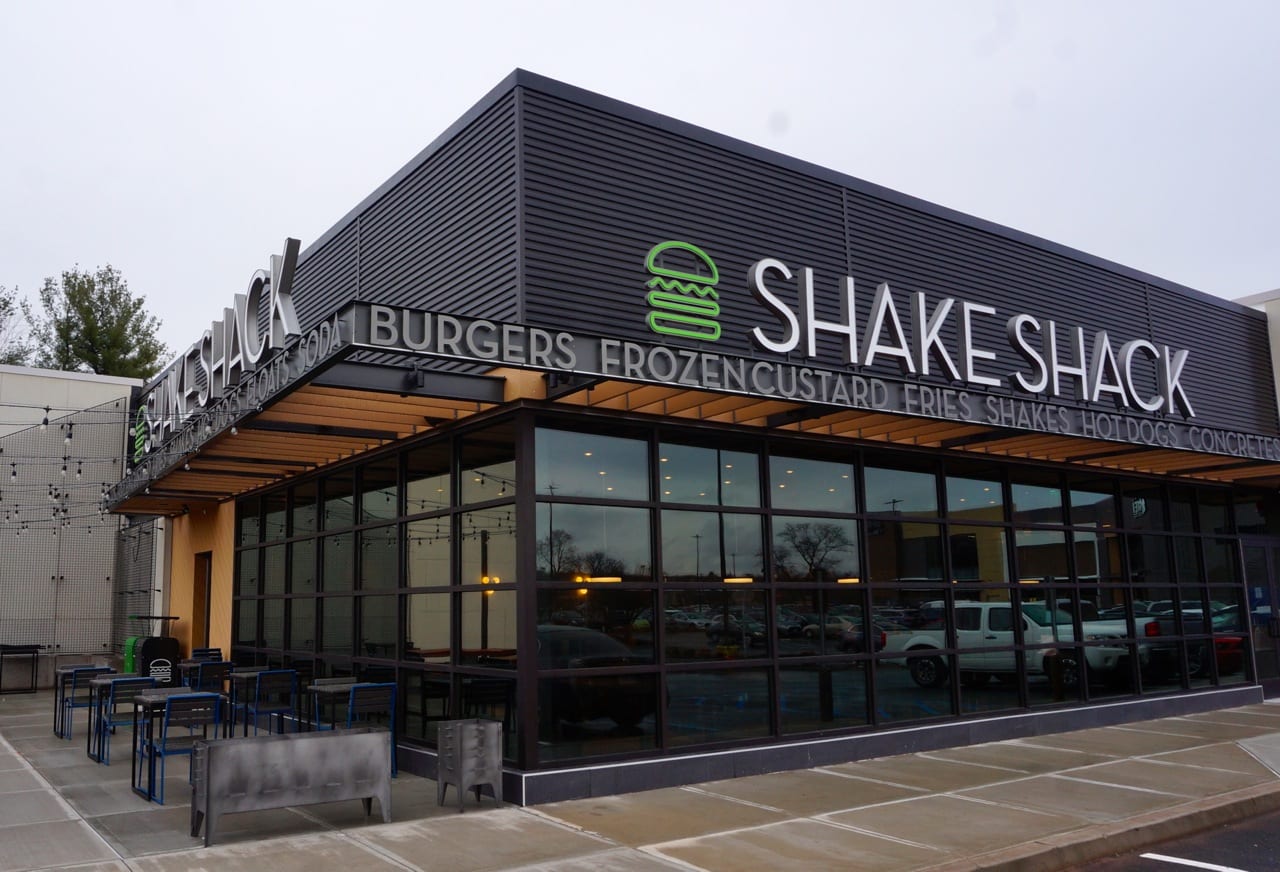 A typical restaurant costs around $2.4 Million to construct the building and insert the furniture and equipment. In addition, the company must sign a long-term lease to have rights to the land and for the landlord to provide some improvements to the property to accommodate a fast-food restaurant. Furthermore, there are start-up costs, technology and initial inventory to get a restaurant opened. Therefore, it is reasonable to calculate that a typical Shake Shack costs around $3.2 to $3.5 Million to open its doors. This initial investment range matches similar cost structures as noted in franchise offering circulars set forth by other informal eating out establishments.

A reasonable location development time frame to get a store up to normal sales is about 15 months. During this time period, additional capital is required to cover losses and cash requirements. In the end, it costs at least $3.5 Million to successfully get a location up to speed and working efficiently.

Reviewing Shake Shack’s balance sheet, approximately 62% of the assets are financed and the balance is directly sourced from equity (stock and retained earnings). Applying this formula to a new location means that Shake Shack invests about $1.3 Million into a new store and borrows the balance. This mirrors what a franchisee invests for other chains such as Wendy’s or a Burger King; McDonald’s is slightly higher due to a premium paid for one of their licenses.

It is safe to assume that $1.3 Million is the value for each store for the equity position (rights and value of the locations’ physical assets in excess of the associated debt instruments). Given this, then the overall value of Shake Shake is 350 (# on 09/30/21) stores times $1.3 Million apiece. Therefore, Shake Shack’s total market value is $455 Million. There are currently 39,134,400 shares trading in the market. Each share’s intrinsic value is then equal to $11.62.

This is going to be a big shock to those of you that are institutional investors or novice investors. But this is exactly how value investors think. Many of you are also saying, ‘Does this make sense?’ 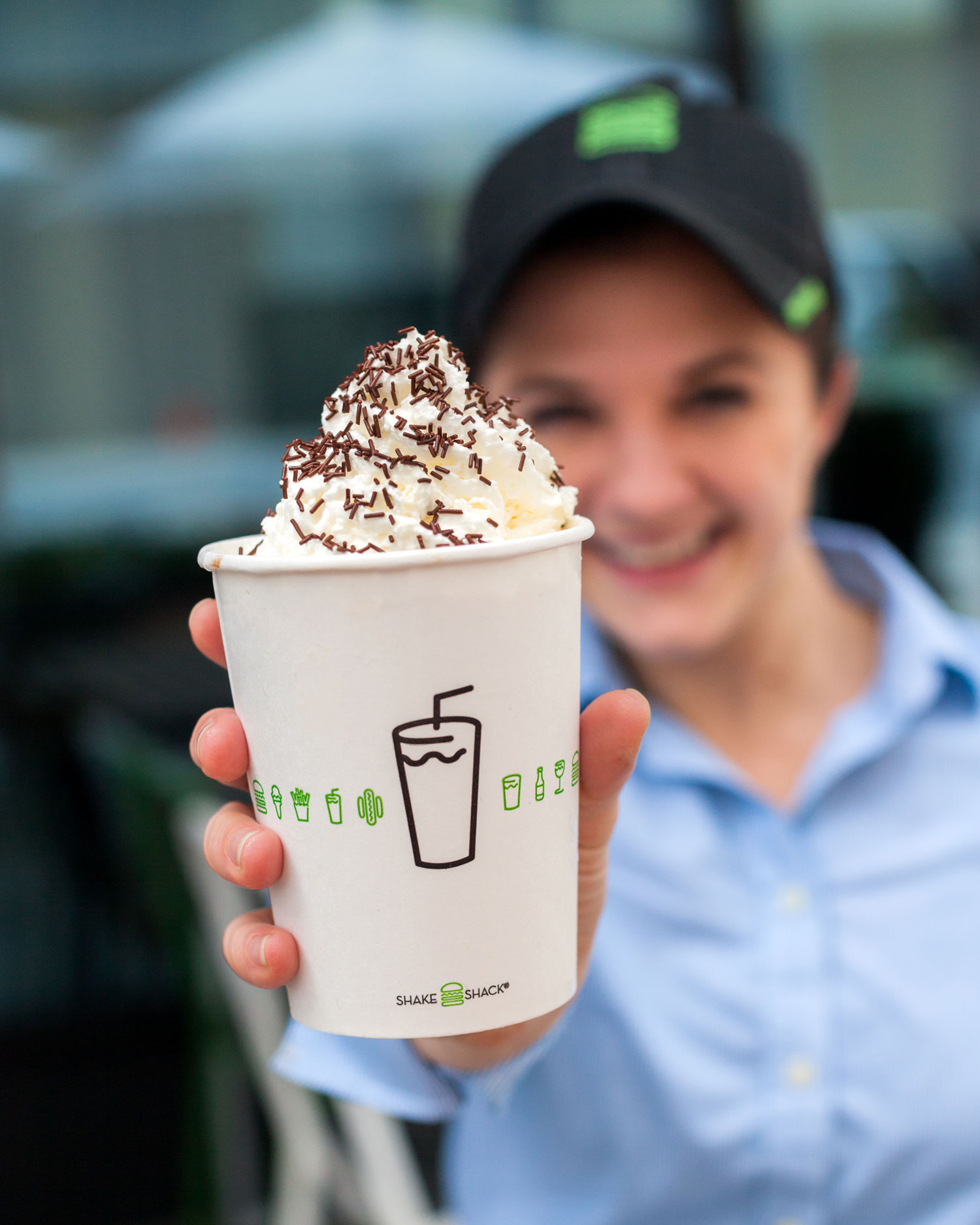 Well, let’s look at this from another perspective. Over the last three and half years, Shake Shack has lost $3.9 Million as a function of normal operations. Since inception as a publicly traded operation, Shake Shack has only earned $15.5 Million (through June of 2021), a meager 40 cents per share over a seven year time period. This averages to about 6 cents per year making this stock investment more a penny stock investment than a highly stable investment.

Since some of the operational income is expended to develop new locations and fund start-up costs, an investor could add this back to normalize income. Even if this equated to $80 Million, it would only add back about $2 per share in value. Succinctly stated, Shake Shack does not earn enough net profit, even with adjustments, to justify any market value of more than $5 per share.

If the company were to fold up business or liquidate in a reasonable fashion, it is highly likely that a good portion of the existing cash would be used to satisfy the long-term lease obligations in excess of the value of the respective lease assets. Currently, it is greater than $70 Million and this does not include penalties for early termination. It takes time to flip long-term lease obligations into a net positive position over leased assets. With Shake Shake, it will take at least seven years to amortize out this negative lease position in comparison to the assets. Thus, when you take into consideration the negative lease position held, real intrinsic value is significantly less than book value of $10.66.

There is a fourth way to determine intrinsic value. A typical well run fast-food restaurant will generate an 11.4% after tax net profit. You can review McDonald’s financials and using segmentation for corporate owned operations, you will calculate the 11.4% net profit after taxes. McDonald’s real profit is sourced from the franchisee and real estate model used in this industry. Both of these segments do not exist with the Shake Shack financial model. Thus, an investor must rely on the traditional fast-food profit and loss calculation from the traditional McDonald’s corporate run locations to determine after tax profit. There is no way as an investor can you use the total net after tax profit McDonald’s (currently 24%) generates as the barometer for Shake Shack.

Shake Shack claims that each location is now averaging $74,000 per week in sales (see 3Q 2021 Presentation); however, the income statement states total sales for three quarters is $519.1 Million from 330 corporate owned stores which equals $40,400 per store per week. This equates to $2,100,000 in sales annually per restaurant. For comparison purposes, a McDonalds restaurant will generate around $2.9 Million in sales. At 11.4% profit, a typical store will net at best $240,000 per year after taxes. In effect, it will take 5.4 years to earn back the original investment in a store. This assumes the following:

Thus, even if everything went perfectly well, it will still take five and half years to get back your $11.62 valuation. At the current market price of $70 per share, it will take thirty plus (30+) years to earn your money back. And this assumes everything goes perfectly for 30 years, no economic downturn, traditional growth from year to year, no hiccups whatsoever just to get your money back. How long do you think you will wait to make a profit from an investment of $70 per share?

When you take into consideration all these different methods to determine value, Shake Shack’s intrinsic value is around $9 per share. Furthermore, a value investor would want a dramatic margin of safety before buying this stock. The market price would have to drop to around $5 per share to justify the purchase of Shake Shake as a value investment. This then leads to the real question, why then is the market price so high? Why are institutional investors so positive about Shake Shack? The answer is simple, institutional investors are gambling that some private equity firm will want to buy Shake Shack. They are in hopes that within a few years revenues and profits will improve and get inline with the fast-food financial model. There are no foreseeable buyers of Shake Shack. Furthermore, a buyer would need the stock price to drop down into the 20’s in order to generate any real interest in owning competition to other large informal eating-out chains. A private equity firm would convert the existing model into the standard industry model and then develop Shake Shack into a viable powerhouse fast-food chain. That is still years away. For those of you that are members of this site’s Value Investment Club, this particular member of the fast-food restaurants’ pool is included for the purpose of comparison and to validate the profit and loss model for a fast-food restaurant. Act on Knowledge.