The construction industry uses three distinct terms to offer their services to customers. Estimates, bids and proposals are terms used to present a dollar value associated with construction work. For the less sophisticated contractors, the terms are interchangeable. The reality is far different. Each term has an historical context and legal meaning. Thus, it is prudent for any contractor to understand the differences and use the correct term when offering their respective services. This article will explain and elaborate the differences between estimates, bids and proposals. In addition, some legal issues are explained; specifically, as they relate to contact law. As a contractor, it is your responsibility to understand the respective terms and when and how to use them. This knowledge greatly reduces your risks, especially risks associated with lawsuits.

The national average sales for residential roofing contractors are slightly greater than $3 Million per year. A typical small roofing contractor will have a couple of crews working various projects and frequently sub out jobs. In addition, the owner acts as a project manager and there are one to two estimators depending on the volume of work.

Take-off or takeoff in construction is a term used to refer to the process of detailing units and costs with a job estimate. Take-off is in essence the work papers supporting the final values for both numerical count and dollar amounts of the respective elements of an estimate. Take-offs are not restricted to just materials; take-off includes a separate set of documents to support labor hours and costs; equipment usage, and other types of costs (debris removal, permits, compliance, jobsite facilities, utilities and safety gear). Each industry within the construction sector of the economy uses their own process to create take-offs. At the individual contractor level, take-offs can be performed with pencil and paper or at the other end of the contractor spectrum, reach the sophisticated level of customized industry software. Every estimator must decide for themselves what they are comfortable with as the tool to create take-offs. 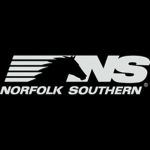 Railroad stock offers good upside potential with very little risk involved. This particular test fund is outperforming the DOW Jones Industrial Average by a factor of three. Learn about value investing from this series of articles.

Backlog and the associated pipeline of work is the second group of key performance indicators for a contractor. With construction, understanding the volume of existing contracts, i.e. backlog, aids the management team in setting production goals in the near term. In conjunction with pipeline information, a contractor can quickly ascertain future financial performance. In order to do this, the contractor must create a set of key performance indicators that identify existing dollar value of signed contracts not yet started along with their respective time constraints. Furthermore, the pipeline of potential work is stratified in groups and historical performance guides the management team with what to expect for future work beyond the near term.

This is the second part of a three part series explaining the various key performance indicators used by contractors. Backlog of work refers to existing signed contracts, their corresponding dollar value and timeline for completion. Whereas the pipeline KPI is broader in scope. The pipeline of work refers to funnel effect whereby the final outcome is a signed contract. At the very top of the funnel, the widest point, sits all potential contracts that are considered leads. As the report steps into the funnel, not all leads turn into requests for estimates. The goal is have estimates turn into negotiations tied to the dollar value and time frame. The final part of this pipeline is of course final negotiations related to terms and conditions within the contract; e.g. there is a letter of intention by the customer to sign a contract given some reasonable terms and conditions.

A few months ago, many might have predicted that 2020 would be a difficult year for railroad stocks. The shutdown of the U.S. economy in March caused transportation and shipping activity to slow to a crawl, and to be sure, most related stocks crashed. Furthermore, the oil crash specifically painted a grim long-term picture …

The primary key performance indicator with construction is the annual financial income statement (profit and loss statement). For most traditional contractors, the bottom line, net profit after taxes should be no less than 7% with an average of 9.4%. If the contractor desires to be in the upper 10% of the industry, net profit must be greater than 12%. For those involved in the trades, minimum net profit should be greater than 10%, with the average being 14% and the upper tenth percentile bracket having greater than 18% net profit. Again, after income taxes are paid. However, a year is a long time to wait to review performance. In the interim there are other key performance indicators to identify trends and provide feedback to the management team. They consist of three distinct groups of indicators: 1) Production Reports, 2) Backlog/Pipeline Information, and 3) Interim Financial Outcomes.

The residential construction industry’s average net profit after taxes equals 9.4% during 2019. The top four companies in the United States built and sold 151,366 homes with an average sales price of $376,703. Each home netted after income taxes $35,464 of profit. This equates to an average net profit of 9.4% in the residential construction industry.