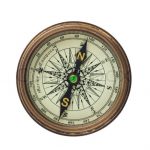 der how a business could get better if it didn’t know what being the best meant.  How could a small business entrepreneur determine he was indeed performing at or above the industry standard if there was no information available to say what was the best, average or poor?  There isn’t any real performance standard, that is financial standards, for any particular small business operation.  For the publicly traded organizations, there is publicized information to indicate performance; but not too many folks publicly discuss their small business performance.  There are some options you could pursue, the IRS posts some information, and your CPA should have knowledge about your industry.  But the best way to really compare yourself with similar sized operations is with a FOCUS GROUP.

What is a focus group?  How does it provide the information?  How can it help me?

A focus group is nothing more than a group of business owners performing the same type of business with a similar demographic customer base and similar volume of sales.  So if your small business is processing or selling near $1 million per year in sales, is involved in retail sales to the medical community, and the product line is dental instruments, then you would want to get together with similar businesses.

In principle, a facilitator gets the members to agree to get together quarterly to discuss operations and financial performance.  The members submit their information to a central data collection point and the information is process.  Financial performance is evaluated and tiered.  Then when the group gets together, those that are performing well in certain areas explain how and why they can perform at that level.  They reveal their secrets.  The other members learn and implement these secrets and all of sudden the group begins to develop into a pretty cohesive and similar performance operation.  Now you don’t want direct competition, usually members are from around the country in similar markets as yours.  So let’s say you operate in Massachusetts, well you would want folks from the South, Midwest, and the West that were similar to you to be in your group.

After a few years, the group gets competitive with each other and it gets to be fun to see how some of the members get to the number one position in the ranking.  Most groups have about 20 members, some will mature out of the group and the group allows new members in to keep it going.  Twenty members are typical because of the cost of compiling information and the logistics involved in getting together.  Every quarter a different member hosts the group.  While there, the group evaluates the host for facilities, employee qualifications, customer relations etc.  This gives the host an opportunity to have someone really let him know what he is doing right and where he is going wrong.  This acts as a feedback loop allowing that host to make improvements over a couple of years before he re-hosts the event again.

One of my clients is in the RV industry.  He is a member of a focus group but always came in 2nd or 3rd place in one of the financial performance categories.  He wanted first place in that category badly.  So he sent me on an exploration to number one member’s facility.  I traveled for a day, got there, was welcomed in by the owner and I began to learn about his operation.  Well, to my surprise, the reason this member performed so well in this category was not the product, it was not the level of service, it was how he delivered that service.  He had a really charismatic employee that could up-sell in this category.  I was impressed with her skills and she was well liked by everyone.  My client’s guy in this category was unpleasant, didn’t really want to be there and it showed in the way the service was delivered.  Customers were more interested in getting done and getting out the door so they would not have to stay with him as long.  Well my client found a reason to fire him (performance based reason) and hired a more outgoing staff member to deliver the service.  Sales increased, and it did not take too long before my client took over first place in that category.  So the Focus Group concept worked well for him and it can do the same for you.  Act on Knowledge.

Other articles of interest related to this subject matter include:

Business Value Calculation – this article introduces the reader to the formula commonly used to value small businesses.  It is called the Multiple of Discretionary Income Formula.  The formula is generally the accepted method to evaluate businesses worth less than $2,000,000.

Stability of Historical Earnings – this is one of the Multiple of Discretionary Income Formula’s sections.  The formula places a very high reliance on the stability of earnings over an extended period of time.